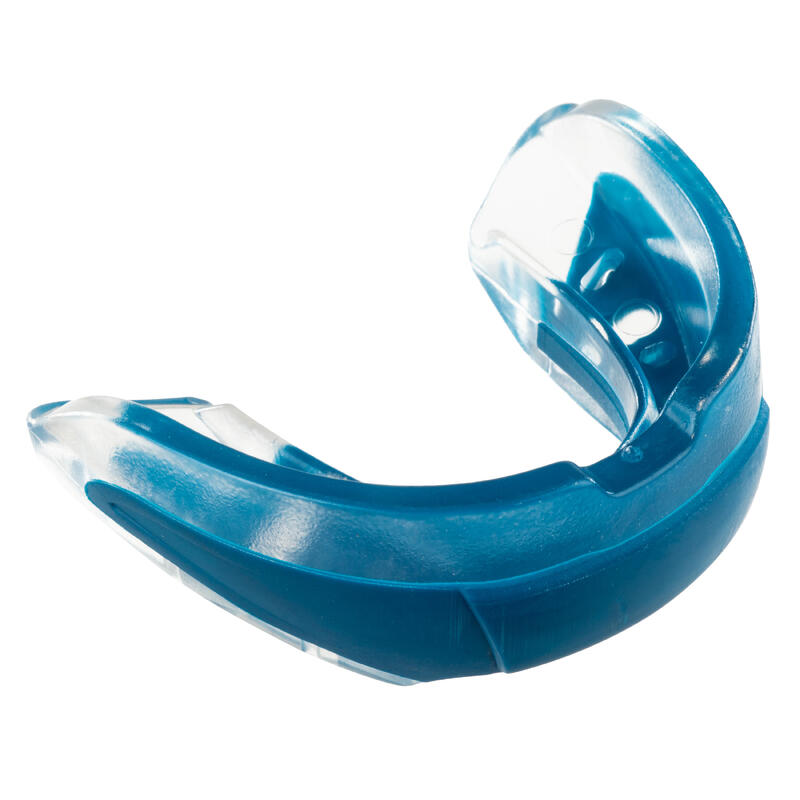 Our design teams created this mouthguard to limit the risk of injuries (teeth and jaw) during rugby training and matches.

Our design teams created this mouthguard to limit the risk of injuries (teeth and jaw) during rugby training and matches.

2 mm ventilated space to let air circulate as you exercise.

Heat-mouldable for a perfect fit.

Our mouthguard complies with the new XP S72-427 standard that requires the following features:

- Thicker layers of protection to prevent perforation.
- Built-in breathing channel so that you can breathe even when your jaw is closed.
- Meshed upper and lower teeth to lock the jaw more effectively (protection against fractures).
- Covered gums to prevent teeth from loosening.

Bear in mind that these numbers should be interpreted based on your physique. If you're 1.45 m tall with a small head, size S may be better, whereas if you're 1.75 m and have a normal-sized head, choose size M rather than L.

Wash in fresh water. Leave to dry naturally before putting it back in its storage box (original box). For optimal protection, replace your mouthguard at least once per year or as soon as it starts to show signs of wear.

Always return your mouthguard to its storage box after use.

This product has been tested and approved by our partner teams in demanding conditions close to actual use.

Rinse in clean water after use.